HISTORY AND USES OF POLISH ZUREK

If you are familiar with Polish cuisine, then you must’ve tried the Polish sour rye soup, or Żurek, as it is known. It has a very specific sour taste and it is far from what you would normally consider a soup to be, as it is not based on vegetables and a broth, but rather on fermented rye flour - thought it does contain vegetables and lots of healthy goodness!

Polish Żurek soup is a very common dish to be eaten at Easter on the day of the Easter Sunday. Also, it is a very rich soup as it comes with a sausage and eggs, which can serve as a meal on its own when eaten with bread. Some people believe it to be the best possible Polish hangover cure, too!

As most dishes from national cousines, this one too takes its roots from the times when there was not that much to eat when it comes to variety, so people made what they could with that they had. West Slavic countries (but also Hungary) in Europe often used fermented cereals to prepare soups, and you can often find soups similar to this one in the neighboring countries.. The variant of Żurek made from wheat flour instead of rye is known as Polish White Borscht or Biały Barszcz. Different regions of Poland have different preparations of the soup (like serving over mashed potatoes, or in a bread bun).

There is also a little legend about the creation of Polish Żurek. Once upon a time, in a little village, lived a very stingy baker who owned his own inn. In his own place, he would add water to everything that could be diluted, and served anything that could pass on as food. To put a stop to him, local villagers send a man to him to teach him a lesson. He appeared at the door carrying a bag filled with gold and agreed to eat the worst soup the baker could offer him, saying he would not feel sick afterwards. So the baker went and prepared a soup with what he could find (these being the ingredients to Żurek). The man ate the soup so happily that people around him wished to taste it as well - it turned out delicious, and the stingy baker lost his bet - losing the inn to the man as well and having to move out far away.

But enough with the stories - let’s look at the most common recipe for this Polish soup, so that you can try to make it yourself!

Although you can buy some ready-made variations of zurek, it does taste best when home made - as most things do. If you try this Polish soup in a restaurant, don’t be surprised if they serve it to you directly in a bread bun - the experience will be undoubtedly delicious!

Unfortunately, again, as most traditional homemade meals, zurek is not the quickest one to create, and it’s not the best meal to to prepare when in a hurry - luckily, it’s not too difficult, either. Let’s see how the recipe goes!

The soup is made from two partitions - the sour liquid (zakwas) which you have to prepare a few days in advance, and the soup itself. 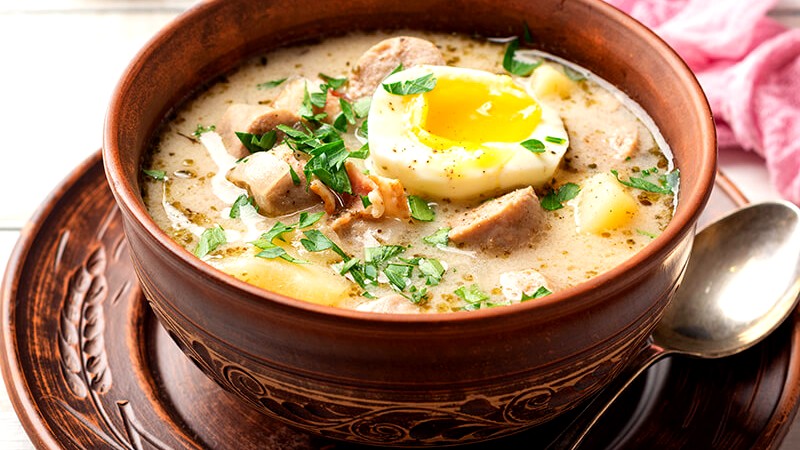 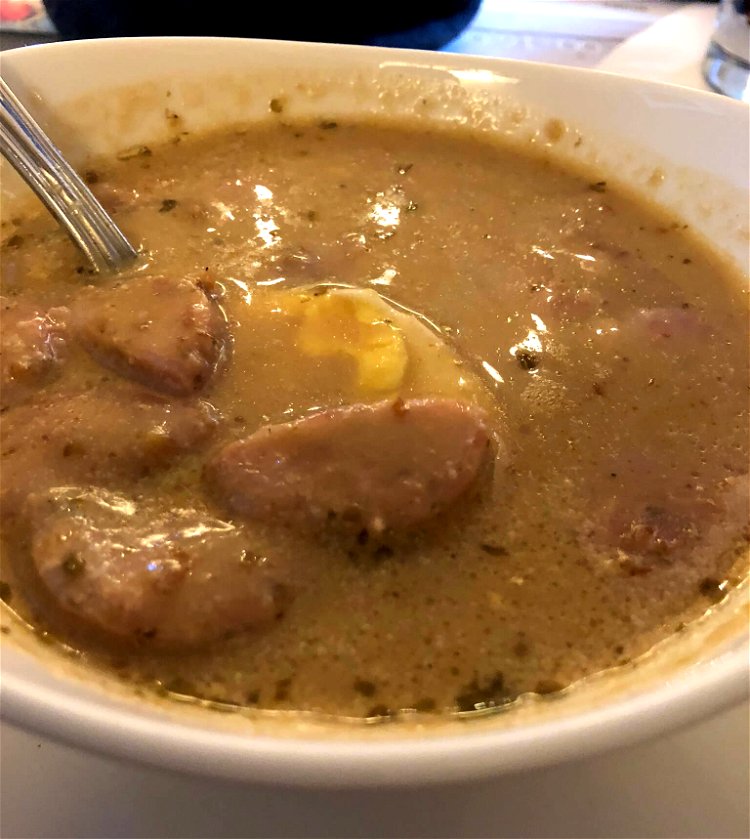 Calories are per serving.

This is my alltiime favorite soup.
It takes awhile to make but it is so worth the wait😋